A downloadable game for Windows and macOS

The Choices You Make, Make You.

Growing up in humanity’s first extrasolar space colony means navigating a new world full of wonder, danger, and beauty. Explore the wilderness, study, fall in love, discover strange creatures, and deal with the consequences of your actions. Your choices will directly affect the lives of your friends and the fate of the colony. What kind of world will you help make? Will you survive to enjoy it? Why do you remember doing this before?

Growing Up on an Alien Planet

You have your whole life ahead of you. Will you spend it studying in school, or diving into the intriguing flora and fauna of this new world? Will you introduce space-age technology, or live in harmony with nature? Will you battle massive beasts, or nurture future generations? Realized in brilliant watercolor, the world of Vertumna is yours to explore.

Your Pasts and Your Futures Matter

Everything you learn and experience will make you and your colony stronger. You will thrive and you will make mistakes. These formative moments - your memories, decisions, and friendships - become collectible cards you carry with you. Each season brings new obstacles on Vertumna. The battle cards you earn from your experiences give you new options for overcoming these challenges, whether that is navigating relationships, learning new skills, exploring the planet, or staying alive. Every decision counts, during this life and the next.

How Many Lives Will YOU Live?

The cosmos is full of incredible mysteries, and your ability to remember your past lives is one of them. There are dozens of different endings to your story. How many lives will it take to save both your colony and the planet? Are you ready to wake up again?

I Was a Teenage Exocolonist™ © 2022 Northway Games Corp. All rights reserved. Finji® and regal weasel and crown logo are trademarks of Finji, LLC.

In order to download this game you must purchase it at or above the minimum price of $24.99 USD. You will get access to the following files:

Oh wow. Send help, just finished playing it for the first time ( calling in sick after pulling an all-nighter)  and now I'm struck with the bittersweetness  (ah, Dys. eh, passing of time ). Was afraid that it will have a bigger focus on building stats than the plot and characters, and while I'm always hungry for more scenes with characters ( but then how many stayed unlocked while I run like a headless chicken around?), fear not, the plot will smash you in the face. And characters would capture you with their reliability. And the worldbuilding and backgrounds will finish you off.  Beautiful game, bittersweet like a history of humanity.

Bought this on Steam and loved it. The replayability factor is insane, the game is a big puzzle and each playthrough is but a small piece to help you uncover the story. I had a lot of fun leveling up skills and finding out the different endings and outcomes with the characters. Certainly worth every buck.  The art is gorgeous btw <3

Since there aren't any reviews here: Played on Steam, it's a very cute game that gets darker pretty fast. The plot, while I like it, does come off kind of ham-fisted at times, the villains are pretty one-dimensional and are introduced too late into the game cycle to be given any proper depth. But if you're looking for a futuristic enby life sim then this is great.

Hey, can you make this game not gay? please thanks

Get outta here, ya bozo

Lulz - When I quickly glanced at the title I thought it said, "I was a teenage oncologist". I was thinking, is this Doogie Howser game.

Then reading further, i looks like a pretty neat game. I'll have to circle back when I've more cycles (something about work=paycheck, yadda yadda yadda).

an exo-colonist is an off-world space colonist

also, you have to study long & hard, and do residencies and other cool things, in order to become an oncologist. if someone can be licensed as an oncologist as a teenager, it tells me 3 things:

you have to be an adult to get into medical school in the first place. teenagers are just not psychologically mature enough to become licensed doctors

also, in case you have a certain rebuttal at the ready, this ain't the 1800's anymore; we're now in the 21st century and people take longer to grow up, so... no, that argument won't work here. case in point: you still play video games!

This might be a bit sopilery question, but is there a true ending in this game? I've noticed that supsuqent playthrought allow you to alter the fate of people, so I assume some sort of perfect endind does exists...

you clearly need to replace your keyboard

Got nothing substantial to say, eh?

Your mom needs to replace her keyboard

Hmmmmm I wouldn't say there's this one above the other true ending. There's definitely choices that would lead to better outcomes for certain characters and definitely for your main character, but the story beats are similar in most of them.

But yeah, more then one playthrough is suggested for that reason.

gender isn't locked-in in the real world (you can always get sex reassignment surgery if you want it and can pay for it) so why would it be in a video game, eh?

Bruh I just wanted to know if you could play as a male or if it was locked to female... lol

It's neither, you have a slider that you can change at any time to pick male, female, or anywhere in between.

Wow, this game is brilliant, so entertaining and nearly flawless.  It reminds me of Alter Ego and Princess Maker, joined to a compelling narrative premise.  Perhaps this is also Murderbot Diaries fanfict?

My chief complaint is with its UX design: neither the mouse nor the game controller work really well for all its game functions.  The game controller works great for moving my teenager across the map, but becomes irritating whenever I need to move cards.  Conversely, using the mouse is so convenient for manipulating cards, but so tiring for moving the character.  Fortunately I can simply use both, but that won't be true for everybody.  A game this satisfying deserves the widest possible audience.

Very beautiful game, tells a good story and is rather inclusive regarding it's cast. I was initially sceptical of the card mini games, but was quickly won over. There are various strategies you can go for and getting the most out of your card through clever placement is fun and engaging. The visuals and music in this game really draw you in. The planet truly becomes alive and feeld different during the seasons. Also seeing your character and his friends grow up over the years is a nice touch, too.

I've encountered a few problems with the game mechanics, like early on a lot of skills seem linked to interactions with your friends in the colony. Since it is possible for some characters to perish over the course of the game - even early on. In my case one death effectivly locked me out of a certain skill for the longes time.
Also some of the potential datable characters show up later in the game. I was trying to date one of those later newcomers, but since some of my other - platonic - friends had been around for years, their friendship score was much higher than that of my love interest, which meant that during a dance event (something like Prom) I wasn't able to select my love interest as dance partner, only my two best friends.
I would like to see those things addressed by future patches, because they take a lot of player agency away in what otherwise is an excellent experience.

I would love to see you polish this gem of a game and hopefully keep crafting games that are equally engaging. :)

Hi,
i wanted to know : would the demo be made available again on Steam or Itchio ? I started playing the demo on steam but didnt finish it before the game release (it seemed to have dissapeared ? or maybe i cant find it...). I was considering buying the game upon what i thought of the demo's full experience

If you didn't uninstall the demo, you should still find it in your Steam files, where you can launch the .exe manually. I just played through the demo today, and came here to buy!

Hello, will you put the linux version here as well?

what is your problem??? Stop harassing people in the comments and go do something productive with your time

Not only that, they were just asking for the Linux version that already exists lol. Not asking for one to be made. Person can't even read properly. 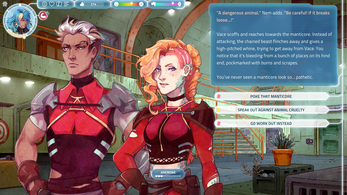 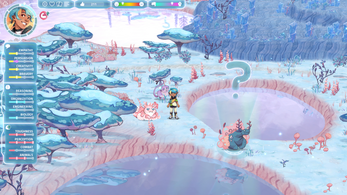 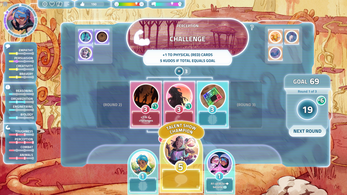 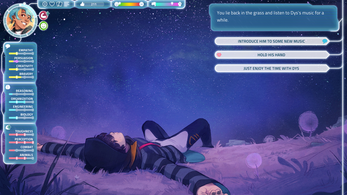 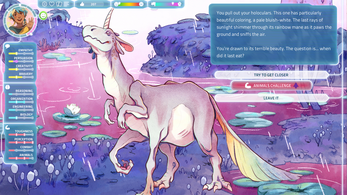 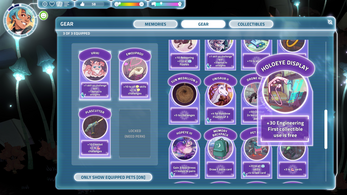 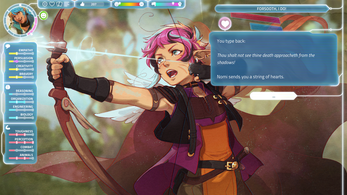